Are Candles Toxic? A Guide to Candle Toxicity and Environmental Impact 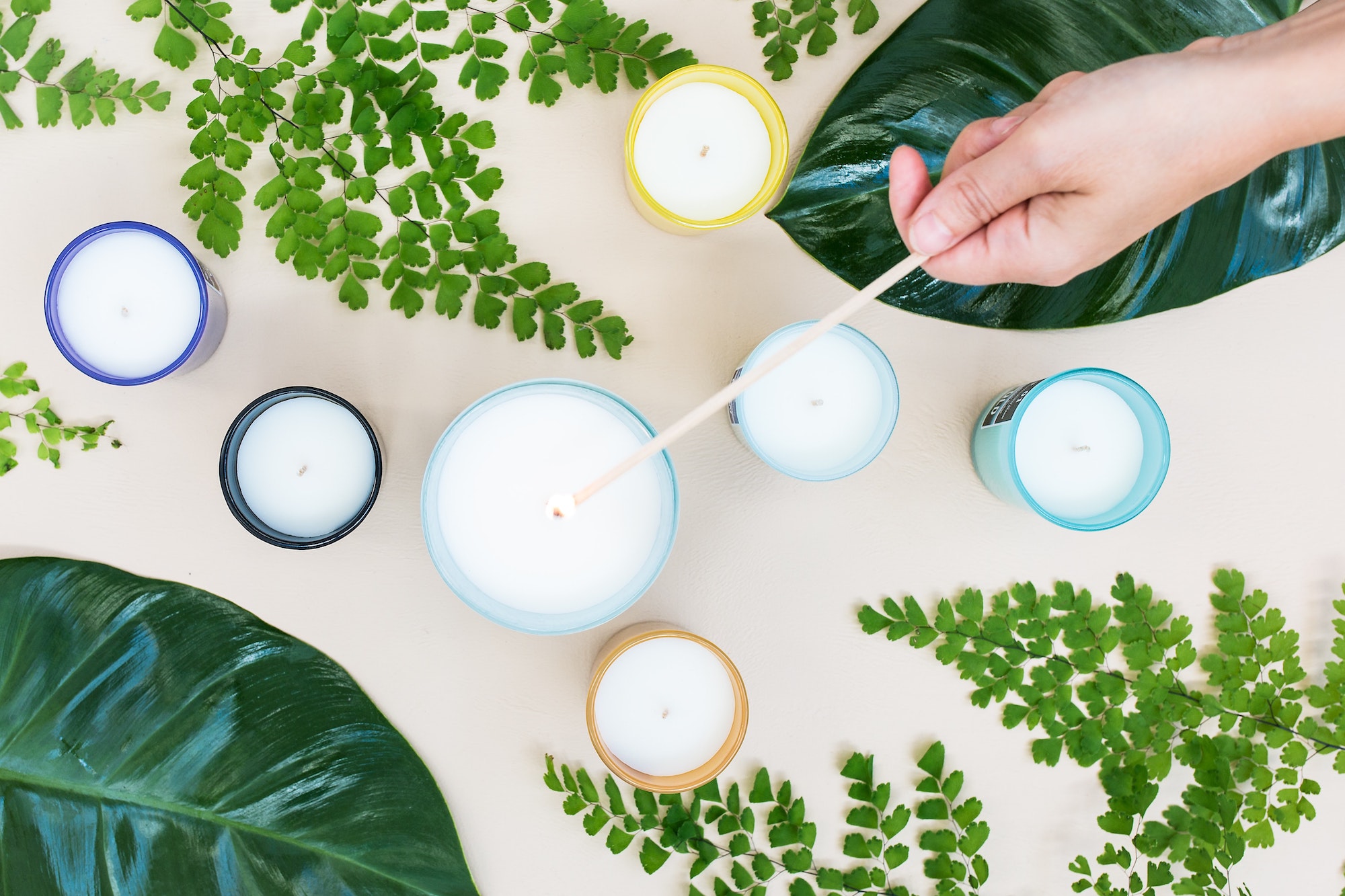 There is a lot of chatter on the world wide web when it comes to the effects of candles on human and environmental health.

If you’ve ever Googled “eco-friendly candles” or “are candles toxic?” you’ve likely been greeted with a plethora of blog posts advising you to toss out all your conventional candles because they’re made of paraffin, which emits “harmful volatile organic compounds.” Similarly, you may have heard that many scented candles contain synthetic fragrance which release “dangerous phthalates.” Now yes, fragrances often contain phthalates and paraffin wax does release carcinogenic VOCs, but are the quantities of these substances abundant enough to be cause for concern? That’s where we start to see some debate.

So lets break it down.

First off, what is paraffin wax and is it dangerous?

Paraffin wax is a colorless or white, hard wax that is a by-product of petroleum. It is used not just in candles, but in a variety of other products including cosmetics, medical ointments and wax paper.

So is it dangerous? It depends. Most of the candle bashing articles I read during my research cite a 2009 study, which found that paraffin candles emitted toxic chemicals like toluene and benzene, while soy candles did not. However, the study was never peer reviewed or published in a journal, so its legitimacy is questionable.

The European Candle Association strongly opposed the aforementioned findings based on the results of its own 2007 study which put candles in a much more positive light (pun intended). It examined candles (even those of the paraffin variety) for 300 toxic chemicals and found that none of them released enough of these chemicals to be harmful. Now, from what I can tell, this study was also not published in a peer reviewed journal (and it was funded by a candle association, so I smell a whiff of bias), which in my opinion leaves this candle debate in a tie.

Enter, the tiebreaker: a 2014 study published in Regulatory Pharmacology and Toxicology (a journal which publishes peer-reviewed articles). This study analyzed the VOCs and particulate emissions from scented candles, coming to the conclusion that “under normal conditions of use, scented candles do not pose a known health risk to the consumer.” Read: as long as you’re not burning enormous amounts of candles in a small space for a long time, you’ll probably be ok.

Even researchers from that 2009 study admit that lighting a paraffin candle once in a while is unlikely to pose a health threat. It’s frequently lighting many candles in an unventilated space that could lead to respiratory issues.

So in conclusion, yes paraffin emits potentially dangerous VOCs but so do cars, cleaning products, hair sprays and fireplaces. Therefore, the amount of VOCs a paraffin candle is emitting is likely not enough to be of significant concern. That said, if you want to guarantee a cleaner burn, switching to vegetable wax or beeswax could be a good option. This swap would also be better for the environment since these natural waxes are not derived from fossil fuels, as paraffin is (although the soy industry does have its own sustainability issues such as deforestation and displacement of indigenous peoples).

Should I be concerned about the wick?

Probably not. The biggest concern with wicks used to be lead poisoning, but that is now a thing of the past. In 2003, the U.S. Consumer Product Safety Commission (CPSC) voted to ban the creation and import of candles with lead wicks. The key thing to remember with wicks, is to keep them trimmed to 1/4 -1/8 of an inch to keep flame and soot levels low.

What about synthetic vs. natural fragrances?

This is also a heated debate. A common misconception is that anything synthetic is “bad” and anything natural is “good.” That is not always the case.

For instance, many natural fragrances are not the must sustainable option. They’re derived from the environment, which means they can fall victim to over-harvesting. Take Sandalwood for example, which has become a hot commodity due to perfumers’ desire for oil made from Indian sandalwood. The source of this oil, trees that are 30 to 60 years old, has almost been completely wiped out due to the high demand. In this instance, a synthetic option may be seen as more eco-friendly.

Additionally, just because your acquaintance from high school who sells essential oils on Facebook tells you they’re safe, doesn’t mean they are. According to Jennifer Novakovich, host of The Eco Well podcast, essential oils are “complex mixtures of volatile aroma chemicals produced by plants, made up of both potentially beneficial and harmful constituents.” For instance, isoeugenol is a known carcinogen found in cinnamon bark, lemongrass, ylang ylang and rose. A variety of essential oils are also toxic to pets, so just because a candle contains essential oils or is labeled “all natural” doesn’t necessarily mean it’s safe.

On a final note, fragrances, synthetic or natural, are known to be irritants and either can commonly trigger headaches or allergic reactions. So first and foremost, pay attention to what your body is telling you and if you find that a scent is irritating you, try a different one.

What about the smoke and soot?

All types of candles will emit soot and smoke (although the amount coming off your candle likely isn’t dangerous). Soot is that black stuff that you see tarnishing the top rim of your candle jar and if inhaled soot particles may cause inflammation in the respiratory system. To keep smoke and soot to a minimum keep the wick trimmed to ⅛ of an inch. As mentioned earlier, this produces a smaller flame and thus a smaller smoke trail.

When extinguishing a candle, also consider doing it outside, or suffocating the flame with a lid so that the smoke doesn’t linger after the flame is blown out.

So back to the original question: are candles toxic?

Yes and no. I realize that’s not what you want to hear. You came here for ANSWERS. I get it, but the truth of the matter is, candle toxicity has a whole lot of grey area. With that said, there are a few key takeaways to consider when purchasing your next candle.

related: 8 Ways to Cope with Eco-Anxiety

PrevPrevious8 BIPOC Sustainability Influencers You Should Be Following
NextHow to Reduce Food Waste: Practical Tips For Keeping Your Groceries out of the LandfillNext