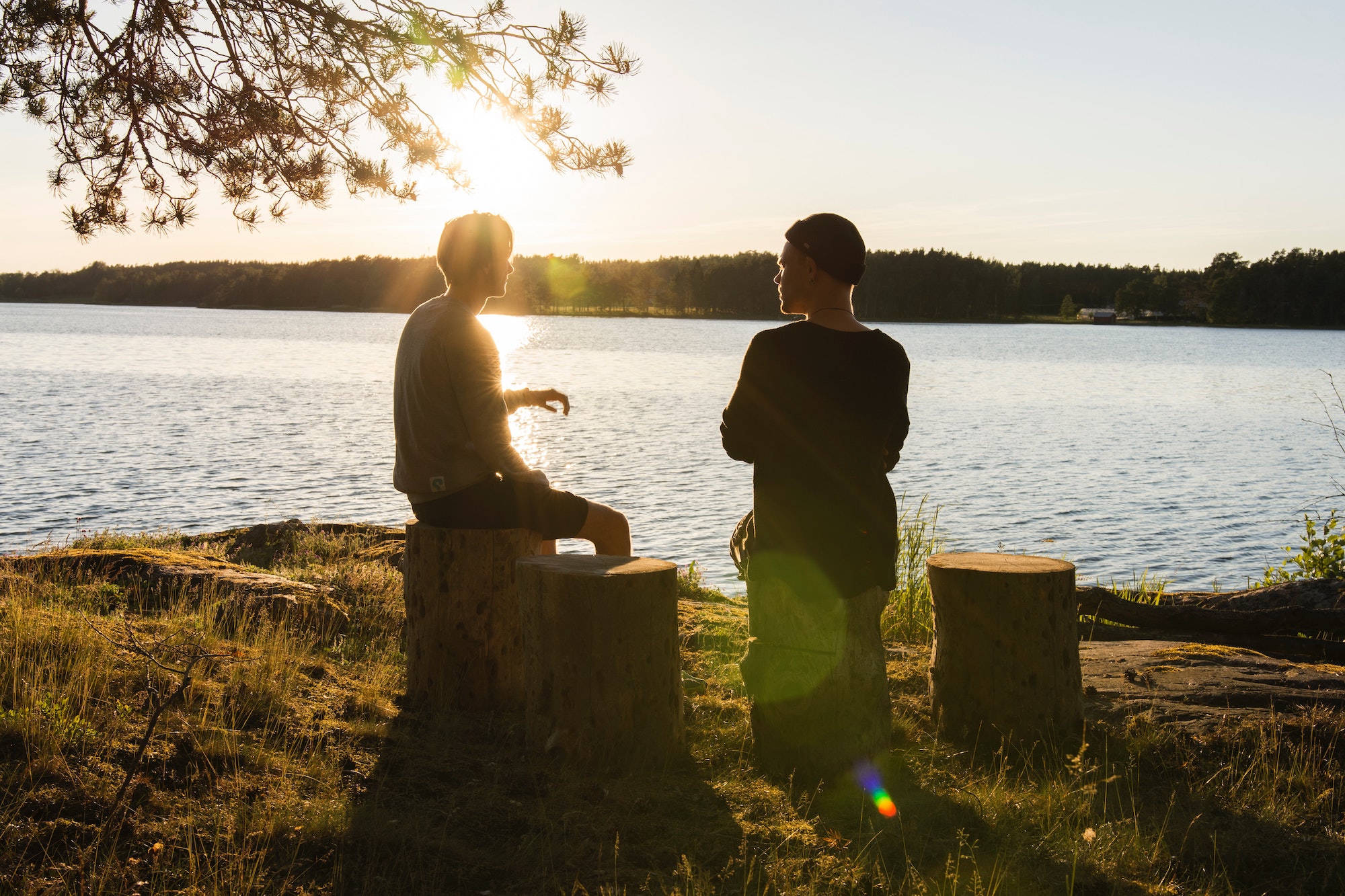 About 70% of Americans say that they “rarely” or “never” discuss climate change with family and friends. That’s 230.7 million people neglecting to talk about a global crisis.

Now, maybe it’s because those people don’t know how to talk about climate change, or maybe they don’t think it’s real, or maybe they just don’t find it enjoyable. The latter, I get. Climate change isn’t always a fun topic. Especially since the news thrives on highlighting the most panic-inducing climate stories. Record breaking wildfires, another oil spill, cities plagued by smog—it can all really put a damper on a conversation.

It needs to be talked about though. With your friends, family, and the barista who makes your coffee every morning. Because climate change is happening now. And while 43% of Americans believe that climate change won’t affect them personally, it is already severely affecting those in the global south, marginalized communities all over the world, including right here in the United States, and if it’s not affecting those 43% of Americans yet, it’s only a matter of time before it will.

We have the power to halt and reverse the effects of climate change though, but only if we work together. So how can you get people on board? You can talk to them—and here’s how.

How to talk about climate change in a way that matters

Ease into the conversation

To start, try bringing up climate change naturally. Maybe mention your latest sustainable swap, or current events such as recent climate legislation, or the natural disaster of the moment (unfortunately there always seems to be one). This lays the groundwork for a smooth transition into the topic of climate change.

It also allows you to gauge the other person’s interest in making this transition. If they seem keen to chat, then dive right in. If they give signs of skepticism or outright denial, you can adjust your approach to the conversation accordingly.

Connect climate change to their values

Once the doorway to the conversation is open, resist the urge to lead with science or daunting facts. This can cause climate deniers to simply shut down.

“When a belief is challenged, a person may feel like he or she is being threatened,” said Erec Smith, associate professor of rhetoric and composition at York College of Pennsylvania in a statement. “And an argument about climate change becomes a defense of one’s emotional and psychological well-being.”

On the other hand, it can lead to a feeling of overwhelm, even in those who believe climate change to be true. Under the impression that it’s too big of a problem, these people won’t take any action.

For the best chance of avoiding both scenarios, begin the conversation by talking about something the other person values.

“The most important thing to do is, instead of starting up with your head, with all the data and facts in our head, start from the heart, to start by talking about why it matters to us, to begin with genuinely shared values,” said Katharine Hayhoe, Chief Scientist for The Nature Conservancy, in a Ted Talk. “Are we both parents? Do we live in the same community? Do we enjoy the same outdoor activities: hiking, biking, fishing, even hunting? Do we care about the economy or national security?”

According to Hayhoe, this strategy is key to helping the other person realize why they should care about climate change.

“I truly believe, after thousands of conversations that I’ve had over the past decade and more, that just about every single person in the world already has the values they need to care about a changing climate,” said Hayhoe. “They just haven’t connected the dots. And that’s what we can do through our conversation with them.”

Related: 8 Ways to Cope With Eco-Anxiety

Talk about the science

Once the person has connected their values to climate change, that’s when you can introduce science and potential solutions.

Say the other person is concerned about the effects of climate change on their children. Then maybe share information about how the severity of the climate crisis will negatively impact future generations if something isn’t done. Bring up potential solutions that could improve the air quality, and prevent climate-related illness among children.

Share the science, but do so in a hopeful way. A way that connects to what they value.

How does talking about the climate crisis help solve it?

Talking doesn’t always feel like an incredibly impactful action. It’s not planting trees, or putting up solar panels, or opting for oat milk over dairy. But its effects, while not tangible, are far-reaching.

So start to talking. To anyone.

“The bottom line is, we don’t have to be a liberal tree hugger to care about a changing climate,” said Hayhoe. “All we have to be is a human living on this planet.”

Does learning how to talk about climate change have you craving more sustainability tips? Sign up for The Eco Edit and join hundreds of other pro-planet enthusiasts who are passionate about bettering the world through small, sustainable steps.